A Sneak Peek at Walking with Others

not only the gospel of God but also our own selves,

because you have become very dear to us.

Regent College’s James Houston once commented that within the evangelical Christian world we have spiritual maps and mapmakers, ad nausea, when what we really need is a few mountain guides who have been there before us on the journey. Walking with Others is for those who have ears to hear what Houston is noticing in the church. Developmental theories and maps serve a vital purpose, but what we desperately need more of today are wise men and women who have the humility, courage, and patience to walk faithfully alongside others, helping them explore the real places in their lives that the map may describe.

So much of what passes for discipleship and leadership development today lacks interpersonal investment, life upon life. Simply telling others to grow up into Christ will not cut it, no matter how articulately or creatively or loudly we state it. The journey toward growth and maturity must be shared and explored from the inside out.

There are a lot of Toms in my family. My father’s name is Tom, my pop-pop was a Tom, and even my middle name is Thomas. I also have a Tom for a second cousin. But there was only one Uncle Tom in my world growing up. He was my dad’s uncle, one of my grandma’s four brothers.

Uncle Tom was quite a humorous character. In our family, the stories abound. He was the sort of person who when told not to touch the chocolate fudge cooling in the kitchen was known not just to brush aside such cautions by taking a finger full but he was known to take the whole tray with him to work. As a butcher he was known to cause a couple of unsuspecting women to all but pass out by his sharp chop of the cleaver followed by yelling and writhing as if he just chopped off a finger or two.

My dad tells a story of Uncle Tom taking him and his sister fishing, when they were still young, at a creek a short walk from their house. Now this creek was lucky to have a couple frogs, some worms and a stray snake or two. It majored mostly on mosquitoes. There were no fish to be found in that creek. But my dad and Aunt Harriet were very young, and they didn’t know better. So off they went with Uncle Tom and two fishing rods. He generated the sort of enthusiasm fit for a serious fishermen at a raging Montana stream. Once they got to the creek he set them up and they started fishing. He didn’t place them right next to each other but spread them out a bit, “so that we can find out where the fish are really biting.” As Dad tells it, Uncle Tom moved back and forth between the two of them for a bit.

And then he said, “Tommy, you’d better go see if Harriet needs some help, I think they might be biting down there. Here, I’ll hold your rod.”

After looking at Harriet’s situation for a bit and without any results, Dad walked back to his rod. Uncle Tom handed him the rod and headed back to Harriet.

But as he left he said, “Tommy, you might want to reel back in your line, I think I felt a couple tugs.”

So, as the story goes, Uncle Tom walked back to see Harriet. And in a short time, Harriet was sent over to find Dad reeling in the biggest fish either of them had ever caught. Then Harriet ran back to tell Uncle Tom of “Tommy’s great big fish,” only to discover a whopper at the end of her own rod. What an absolutely wonderful afternoon for Dad and Aunt Harriet! And I suspect, for Uncle Tom as well. They grinned and bounced with joy, delight and pride, and headed home, carrying their catch and their rods, and walking with Uncle Tom. A strange and humorous sight it must have seemed to neighbors watching the threesome walking proudly back to the house with their miraculous catch.

It was not until years later that Dad learned of Uncle Tom’s stop at the fish market before they headed down to the creek. But, by then, his memory had done its work and Uncle Tom’s place in his heart was secure and fruitful and unrivaled.

Dad recounts another childhood discovery when he finally realized why it was that every time he returned home from a walk with Uncle Tom, his pockets would be full of change. Whenever he took a walk with anyone else—other uncles or aunts or his mom or dad—he might have found a chance penny or two, and that on a good afternoon. But his walks with Uncle Tom were profitable beyond a small boy’s imagination. Everywhere they went together Dad spotted coins on the pavement, on the sidewalks, even on some lawns—pennies and nickels and even dimes filled and jingled and weighed heavy in his pocket by the end of their trek. Again, it was not until well through early childhood that Dad discovered Uncle Tom’s skillful coin-flicking on their walks together.

Walks with Uncle Tom were about far more than dollars and cents, they were, for a small boy, profound offerings of grace and life and care. There was a tremendous generosity about Uncle Tom’s life. His spirit spilled over to everyone who knew him. His life shaped and occupied deep places in others’ lives.

Uncle Tom and his walks have offered a portrait, perhaps even a parable, of what it is like to journey through life with certain people. Some people just seem to rub off on you. They are infectious with life and spirit and grace, and you cannot remain the same person, merely because you have been with them. Like a small boy taking a walk with his Uncle Tom, when you are with them, truly good things seem to happen over and again. And this over and again does its work, inviting, guiding and forming us in deep places we cannot reach on our own. We walk home and our pockets are full. We catch impossible fish. And much of the time it is absolutely inexplicable and delightful, because we have also taken these same walks alone and with others, and we know what it is to return home with empty pockets. We have discovered that every person does not take walks the same.

We find ourselves where we are today because at some point a person or a series of people have taken “pocket-full sorts of walks” with us. They intersected our lives full of life and grace and time and laughter and acceptance. For some it was a grandparent or a teacher early in our lives, for others it is was a neighbor or a coworker or a pastor. Their impact is written all over the stories of our lives. Their attention may have lasted for decades or it may have been a penetrating conversation at a critical time in our lives. Most often such relationships are unspectacular, but in retrospect their effects are dramatic.

Keri Wyatt Kent uses a very helpful phrase to describe what happens as we allow the Spirit to lead us into sharing our lives in this manner. She writes:

If we are led by the Spirit, we will increasingly imitate God and become people who are filled with “coming-alongside-ness.” That is, we listen to God and people and then come into their story, get involved with them enough that we can point out where God is in their story and allow them to do that for us as well. When we are full of come-alongside-ness, we will be willing to walk with people through their pain; we will listen before we try to fix. We will be with people.'[1]

The Spirit calls us to be with people in a way that honors both his purposes and our well-being. Testimonies of “coming-alongside-ness” are strewn through the Bible. Just think about Naomi and Ruth, Jonathan and David, Elijah and Elisha, Paul and Timothy, to name a few. We would suggest that a mark of spiritual maturity for the believer is the desire and capacity to become more intentional at investing in the formation of others—to notice them uniquely and be willing to be used of the Spirit to “call them out.” This is true generally in the work of discipleship, and fundamental to the work of Christian leadership development.It is in these relationships that we find women and men empowered and sustained for holiness and influence.

Throughout The Journey and A Way of Life we have underscored the importance of spiritual companionship. No matter what stage of development, we need spiritual companions—mentors and guides, friends and peers, teachers and shepherds. In Walking with Others we want to underscore the need to intentionally walk well with others, coming alongside them, helping them discover God’s gracious activity in their lives and communities.

• Who has been an “Uncle Tom” in your own life?

• What prevents you from intentionally investing in others more deeply?

[This excerpt is taken from the introductory session of VantagePoint3’s newly revised process entitled Walking with Others…. a great next step for folks who have completed A Way of Life.]

Does anyone really know me? 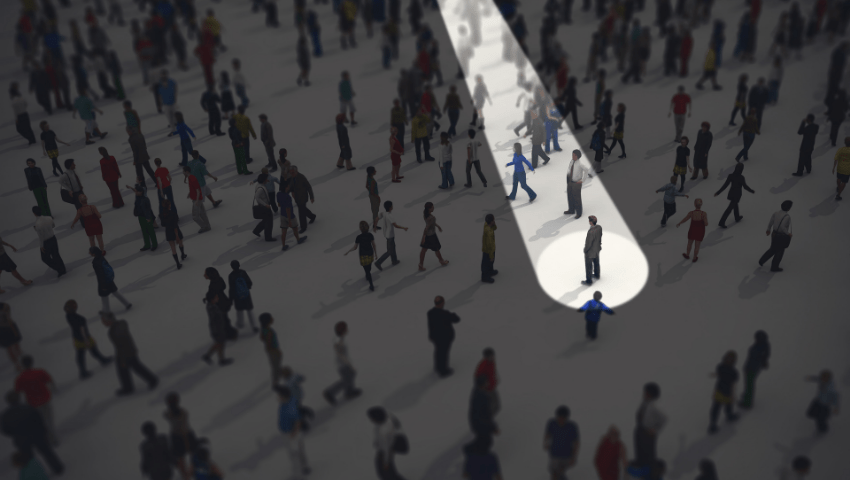 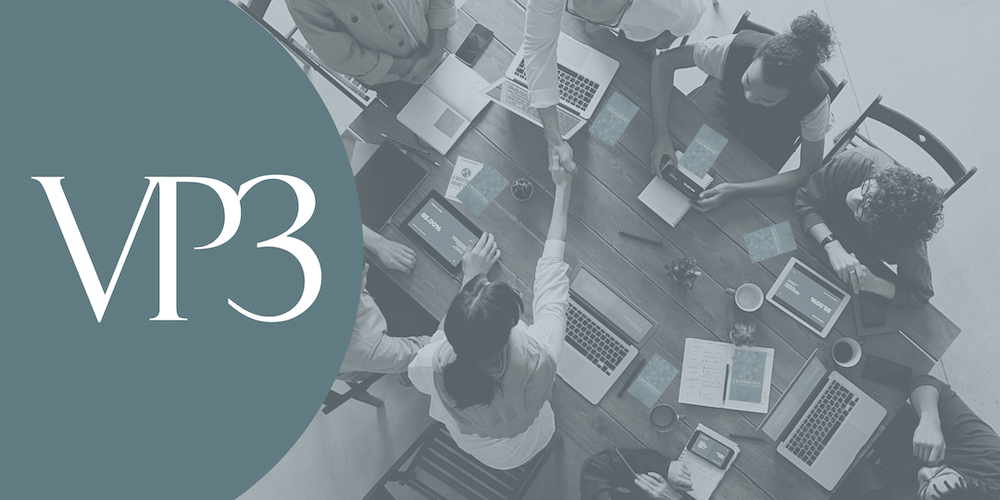 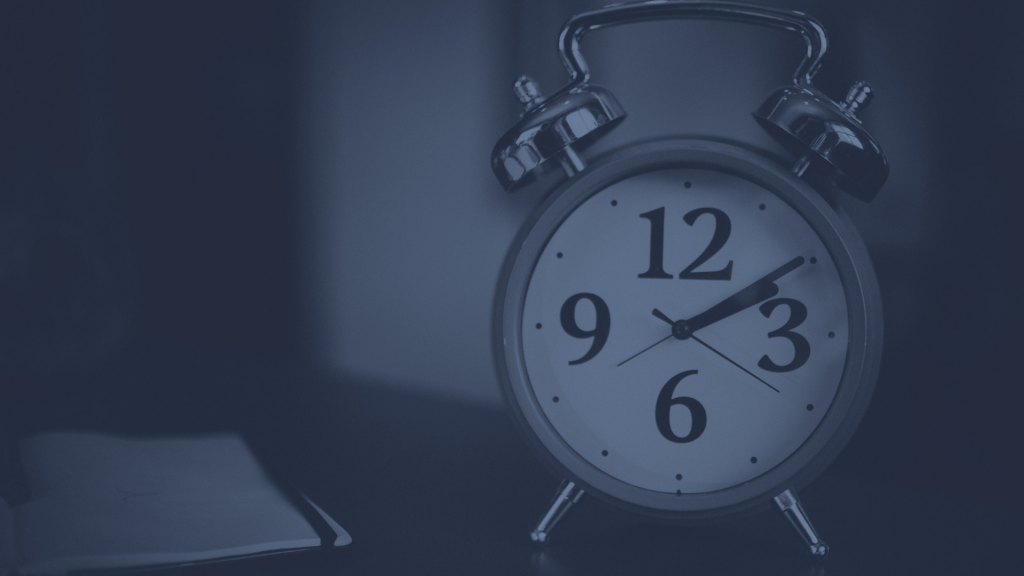